Presenteeism: The Hidden Productivity Killer in Your Workplace 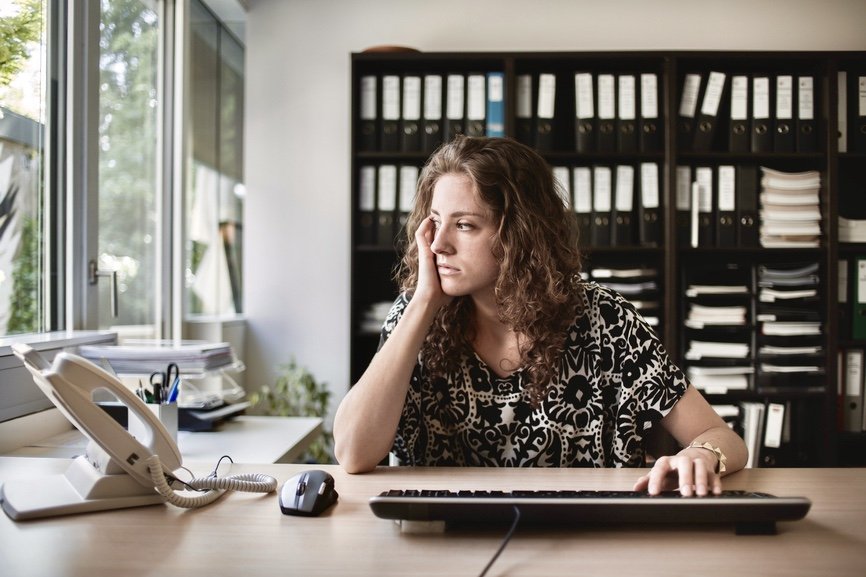 By The Lyra Team

At one point, Joe Flanagan’s anxiety got so bad that he was having multiple panic attacks in a single day. The anxiety made his work as an electronic engineer all but unmanageable. On the verge of being laid off due to his mental health-related challenges at work, Flanagan decided to seek help.

“To say that it took a toll on my productivity at work would be an understatement,” he says. “Imagine explaining how to use a complex machine to a client or having a team meeting and suddenly having a panic attack.”

A number of studies have shown a clear relationship between presenteeism and mental illness, particularly depression. In one study of employees at a large financial services firm, workers with depression were far more likely to struggle with time management, mental functioning, and interpersonal communication, and had lower work output overall. Another study of more than 6,000 employees across three different companies found that those with depressive symptoms were seven times as likely to experience “decreased effectiveness” on the job than employees without depression symptoms.

For those with depression, other common symptoms include fatigue, lack of energy, irritability, and slowed thinking, all of which can interfere with work. Many of these symptoms are familiar to people like Erin, a website content writer who asked that her last name not be used. She says her depression and anxiety once pushed her to a point where she was barely functioning on the job.

“I showed up every day, but once I arrived, I counted down the hours until I could leave,” she says. “The simplest tasks overwhelmed me, every email I received caused anxiety, and my responsibilities fell to the wayside.“

Project manager Christian Sismone has also struggled with depression and anxiety symptoms at work. She says she tends to push herself too hard, has turned to drinking to cope with stress, and at one time was so burnt out that she had what she describes as a “nervous breakdown.”

Thankfully, both women have since received care that has helped them manage their symptoms and get back on track at work.

The toll on employees and employers

For the millions of U.S. employees who don’t get treatment for their mental health conditions, the toll on their well-being and productivity–and on businesses’ finances–is staggering.

In a study called the “American Productivity Audit,” researchers projected that presenteeism cost U.S. employers more than $150 billion annually. According to research published in the Journal of the American Medical Association in 2003, U.S. companies spent about $33 billion annually on depression-related productivity loss alone. This and other studies indicate that the cost of depression-related presenteeism far outweighs the cost of depression-related absenteeism–a much more conspicuous sign of an employee’s underlying health issue.

And while physical health conditions also contribute to presenteeism among American workers, research led by Johns Hopkins University Senior Scientist Ron Goetzel, PhD, reveals that “presenteeism costs for psychiatric illness were higher than those for physical illnesses in most cases.”

How treatment and supportive programs can help

There’s some good news among the dire statistics: therapy and medication have been shown to be highly effective at helping people improve and recover from common conditions like anxiety and depression and regain their footing at work.

“Therapy teaches you how to respond effectively to negative automatic thoughts that hijack your mind and cause distress,” says McKenna. “It’s important to learn about yourself, your triggers, and your patterns, so you can plan for how you’ll cope with difficult situations before they happen. I find that developing this foundation with a therapist helps people feel more in control of their lives and restores their ability to achieve their goals at work.”

This rings true for Flanagan, who says that after about 20 weeks of therapy, he saw “huge improvements” in his mental health and performance at his engineering job. For Erin, a combination of therapy and medication have been indispensable in managing her mental health, with a noticeable impact at work. “I’m now an efficient employee and enthusiastic participant, [and am] able to show up each day as the best version of myself,” she says.

A recent survey of employees receiving mental health care through Lyra reinforces the role of quality care in reducing presenteeism. In the survey of about 500 employees, 70 percent of those who showed clinical improvement after receiving mental health treatment also demonstrated increased on-the-job productivity. The data was gathered from employee responses to the Work Limitations Questionnaire (WLQ), a validated survey that measures health-related productivity loss at work.

These findings align with a growing body of research that indicates the potential cost savings and return on investment for employers that invest in workforce mental health and wellness programs.

Dan Schawbel, a workplace expert and author of Back to Human: How Great Leaders Create Connection in the Age of Isolation, says employers have a responsibility to support employee mental health, as it directly affects on-the-job functioning and productivity.

“When companies support mental health, they are helping workers get the care they need so they can be fully productive after recovery,” he says.

He adds that “a strong mental health program can differentiate companies in the talent marketplace, especially now since there’s such a widespread mental health epidemic.”

If you want help connecting with a therapist, Lyra can assist you. You can get started today if Lyra is offered by your employer. Sign up now.

For employers who want to learn more about how Lyra’s enhanced EAP addresses network adequacy and quality issues, download our whitepaper on quality or get in touch.

Exposing Our Blind Spots: How to Tackle Unconscious Bias as a Therapist

Getting in touch with your values for the New Year